Breasts that are excessively large in proportion to body size are a frequent cause of back and neck pain as well as shoulder irritation from bra straps. Additionally, sleep and participation in certain activities may be affected, and the likelihood of rashes and infections in the folds underneath the breasts increases. Fortunately, an operation known as breast reduction or reduction mammoplasty, achieves good results in alleviating these problems. A reduction removes extra breast tissue, reshapes the breasts, and lifts them to a more upright and youthful position; additionally, uneven breasts can be made more even. Although an improved appearance is often a benefit of the operation, breast reduction is reconstructive in nature, and the goal of this procedure is to alleviate symptoms.

Reduction techniques vary depending on breast size and shape, the amount of tissue to remove, and other factors such as scarring or the need for future breast-feeding. Common procedures include an anchor incision, a vertical incision, a free nipple graft, and liposuction.

Liposuction can also be used alone or in combination with another technique to remove excess fat from the breasts in certain candidates.

This animation will explain the common anchor technique, in which the nipple and areola remain attached and are moved upwards to a new position after underlying breast tissue is removed. Your surgeon may use other techniques depending on your specific conditions.

contact us and book the tour of your dreams 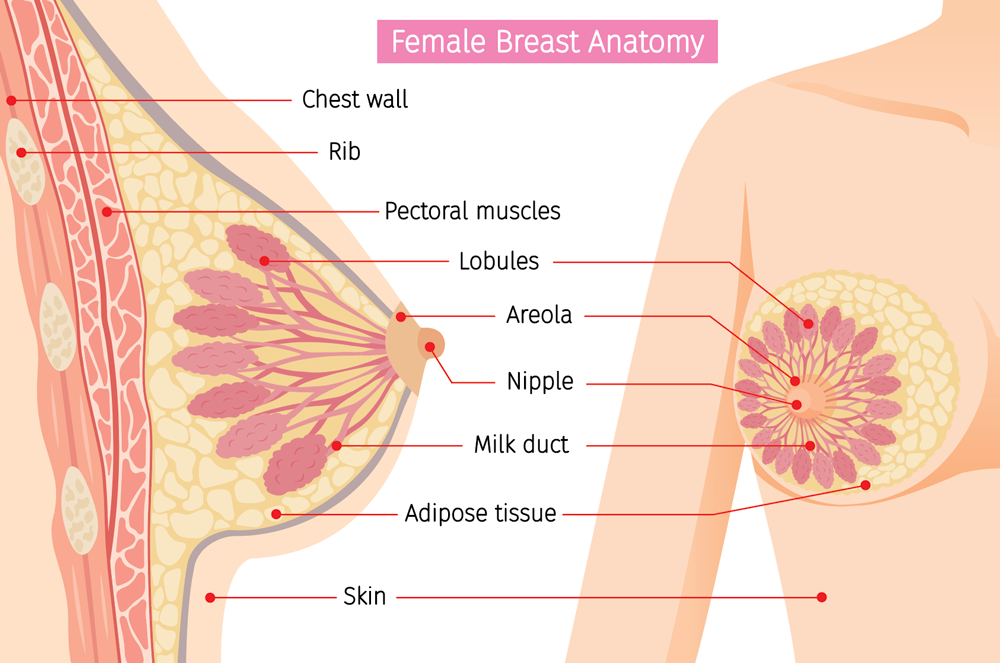 Your breasts are made up of primarily fatty and glandular tissues which determine their size and shape. The fatty tissue and ligaments surround the milk-producing glandular tissue (lobules) and milk ducts. Breasts also contain blood vessels and lymph vessels that help the body fight off infection. The pectoralis muscles lie underneath the breasts, separating them from the chest wall. The breast does not contain muscle tissue, except for tiny muscle fibers in the nipple. The circular, darker region around the nipple is called the areola, and the nipple and areola region together form the nipple areola complex. 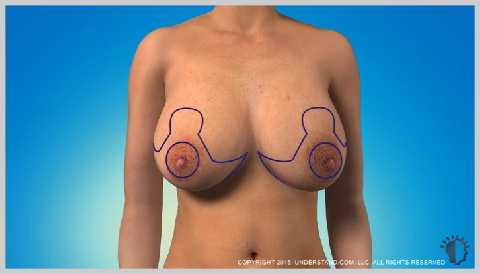 -During an initial consultation, your surgeon will measure the size and shape of your breasts and evaluate surgical options, determine your desired nipple placement, and preplan the procedure.

-The breast reduction procedure typically lasts from two to three hours. Before the procedure, your surgeon will draw incision guidelines on your breasts.

-Before surgery, you will be placed under anesthesia. Your surgeon will determine whether to use local anesthesia with IV sedation or general anesthesia. 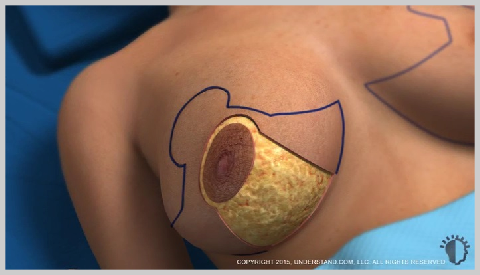 Incisions are made along the pre-marked lines and excess skin is removed. Next, portions of underlying fat and glandular tissue are removed.

The nipples and areolae, which remain attached to their original blood and nerve supplies, are raised to their new positions. Next, the skin beneath the areolae is brought together and closed with dissolvable internal sutures to reshape the new smaller breasts. Some surgeons choose to place external sutures along the incision as well. Before closing the incision completely, a surgical drain may be placed in each breast to allow fluids to escape as you heal. Surgical tape or bandages will be placed on the breasts, and typically you will be wrapped in an elastic bandage or placed in a compression garment or bra, which helps to maintain your breast shape while you heal. 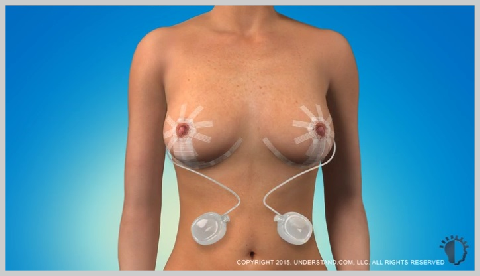 Typically, breast reduction procedures are performed in an outpatient center and you should be able to go home the same day. Swelling and discoloration after the procedure are normal and will subside over time. If surgical drains are present, they, along with any bandages will likely be removed after a day or two. External sutures are removed after one to two weeks, and you may be instructed to wear the compression garment, avoid sleeping on your stomach, and avoid excessive exertion or heavy lifting for a month or more. You may be prescribed medication to manage your pain for the first few days and as needed. Scarring along the lower centers and creases of the breasts is normal, but your scars will fade considerably over time. Patients typically experience high satisfaction with reduced back, shoulder, and neck pain, an improved ability to participate in physical activities, and a new appearance with smaller, shapelier breasts.

Made By A&D Creative Marketing